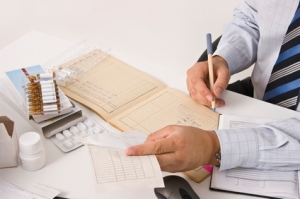 The initial response to an insurance company audit of medical records can be of utmost importance as to how the audit is handled. Very often, third party carriers, or even Medicare and Medicaid, make decisions regarding medical necessity based upon very general statements designed to create a reason to deny reimbursement of the claim or request money back from the provider. The general position and statement that the “documentation does not support the treatment provided” is a very common one, used by insurance carriers for denial of the claim for reimbursement. When the provider first receives the audit notification, it is extremely important, to properly respond and be prepared:

Once an audit letter is received, it is of utmost importance to review the records or have them reviewed by a third party auditor, capable of determining what the appropriate course of action and defensibility of the records should be. Very often, such a review may point out where the insurance company has some argument based on poor documentation of the records.

Additionally, the physician has a very short window of time within which to object to any sampling used by the third party payor in their audit calculations.

These types of preventative tactics and preparation can often lead to a more favorable resolution of an audit than would otherwise have been the case, if the provider was unprepared and simply sent the requested records.